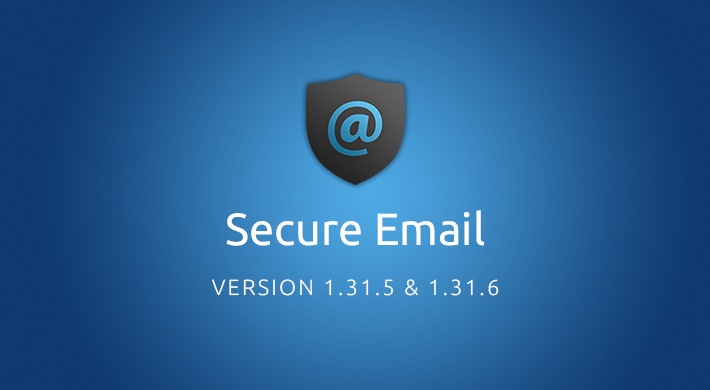 The latest release of Secure Email does away with a couple of issues that hampered user experience. First, we have managed to reduce bandwidth consumption to ensure faster and seamless messaging. We have also taken care of a bug which prevented the app from sending emails in background mode.

Here are some more details:

Secure Email provides PGP end-to-end encryption for messages, without discriminating other networks, domains, or email clients. Providing this combination of security and unlimited communication has been a daunting task in terms of data usage as well. We have now found a way to reduce the bandwidth consumed by the app by further stripping down the data packages sent to the server, and by adding superior compression to the process.

An issue prevented Secure Email from sending messages in cases when the user closed the app just after clicking “send.” The email sending process takes a few seconds but used to get interrupted when the app was put in the background. As a result, the emails got sent only after the user returned to Secure Email. We have resolved the bug by allowing the sending process to run uninterrupted in the background. Now, when the user hits “send,” they do not have to worry about the email anymore.

We have also fixed some minor UI issues with the release of version 1.31.6 of Secure Email, which is now available on Google Play. Read details in the release notes.