Secure Group partner to protect lawyers’ communications in the Netherlands 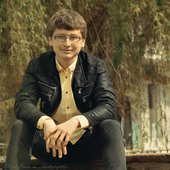 Secret Holder, a Secure Group authorized reseller operating in the Netherlands, has struck a first-of-its-kind deal with local lawyers to protect their communications against the ever-growing threats lurking behind the corner in the digital era. The partnership with the Dutch Bar Association represents a major step towards guaranteeing attorney-client privilege not just through legal means, but also with the help of technology.

Attorney-client privilege is one of the cornerstones of the legal profession. It facilitates individuals’ right to legal representation and due process in court by allowing them to refuse to disclose confidential communications between them and their lawyer.

Since we at Secure Group care about the long-term well-being of our partners, we flew a couple of team members to participate in a partnership-launching event in Amsterdam on March 16. While in the Dutch capital city, they presented the company's products to a group of lawyers, helped them with the initial set-up of Secure Phone, Secure Email, and Secure Chat, and offered them training so that they can make the most of the handset and the applications available on it.

Secure communications for the legal profession

To use Secret Holder’s solutions, legal professionals have to be affiliated with the Dutch Bar Association and included in the list of people using the technology compiled by the Public Prosecution Service. These requirements ensure that the encrypted handsets will be used only for their legally stipulated purpose: to prevent the wiretapping of communications that fall under the attorney-client privilege.

The lawyers sign a contract stating that they would cooperate with data provision requests by judicial authorities, provided these meet the legal requirements. Legal professionals using our handsets can release encrypted secret information only at their own will. Secret Holder and Secure Group don’t have access to the contents of their encrypted communications, nor to the cryptographic keys used to secure them.