Want to erase everything on your phone? A factory reset won’t do it 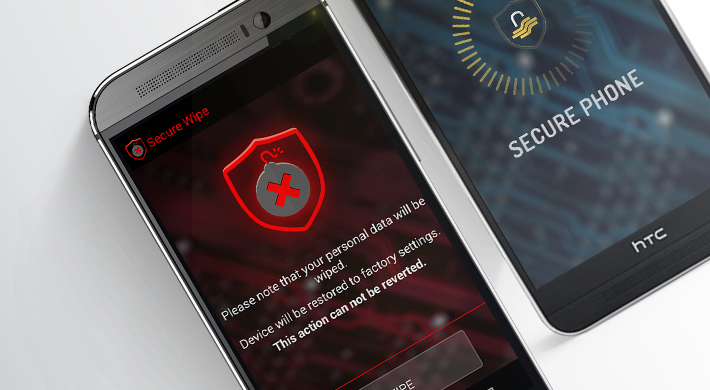 The factory reset function of Android smartphones is supposed to delete all apps, files, and settings from the device and restore it to an out-of-the-box state. The process, however, is flawed and leaves a door to recover data. This is why we created the Secure Wipe app for our encrypted communication devices, Secure Phone.

Sometimes the only way you can guarantee a piece of information doesn’t end up in the wrong hands is to destroy it. Once upon a time, you had to use paper-shredders to do that. In the digital world, however, you probably don't want to shred your hard disc – afterall, you probably want to use it more than once. For that purpose, you have formatting. For regular users it has become a synonym of “permanent delete” but what it actually does is setting up the drive in the right file system format to record files. This reset of the system overrides all old data.

Factory-resetting an Android device works in a similar way. The phone reformats its drive, designating the old data on it as logically deleted. “Logically” is the key word here. It means that the pieces of data are not permanently erased, but writing over them has been made possible. For the average user, the two things mean practically the same. However, researchers from the Cambridge University’s Computer Laboratory have proven that on Android phones running versions of the OS up to 4.3 (which nowadays is one in five Android smartphones), user files are easy to recover after a factory reset even with off-the-shelf forensics apps.

How is Secure Wipe better than a factory reset?

Knowing the limitations of Android’s built-in factory reset function, Secure Group developed a superior method for its encrypted communications devices. Meet Secure Wipe – our proprietary purge-everything app available on both Secure Phone and Secure BlackBerry. What this app does is a deep formatting of your phone's local and external storage (as opposed to the quick format method described above). It gets rid of several things a regular factory reset wouldn’t:

To put it in other terms, Secure Wipe takes no prisoners.

There are 10 ways you can wipe your Secure Phone

We decided to take the wiping concept a few steps further on Secure Phone. The usual way to wipe the device is when you go to the app, open it, and initiate the process. To do that, you need to have the device in your hands. But this is not always the case – what if it gets stolen? This is why we introduced ten different ways to wipe Secure Phone.